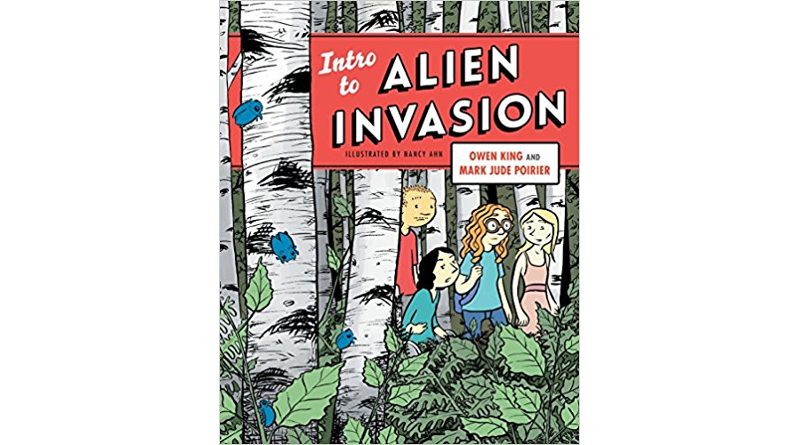 In a word: juvenile.  Intro to Alien Invasion (a clever title) is about some kids at college (see why it’s clever?), specifically a girl and her friends, who are stuck on campus for Spring Break when an alien invasion (though “outbreak” is a more apt description, imo) begins.  The book is written by Owen King (Stephen King’s son) and Mark Jude Poirier, and illustrated by Nancy Ahn.  I picked it up at Dollar Tree, and and ready to try any graphic novel for a dollar.  It was worth the dollar.  That’s not nice, it’s worth more than a dollar if you like this kind of thing.

I felt that the artistic style matched the story well, and really liked the conspiracy theory of old sci-fi movies being based on an actual extra-terrestrial event that was covered up.  But that’s about all I liked.  Overall I feel like it was written less by two adult novelists and more by two teenage boys imagining what it’d be like for two closet lesbians at college when some bad aliens go loose on campus.  And this might be what it’d really be like, I didn’t go to college and haven’t been in an alien invasion.